By Admin at July 27, 2018
Here is the list of the 12-man lineup for the 2018 Asian Games that never pushed through because SBP's decision not to send a PH-basketball team to the said meet. 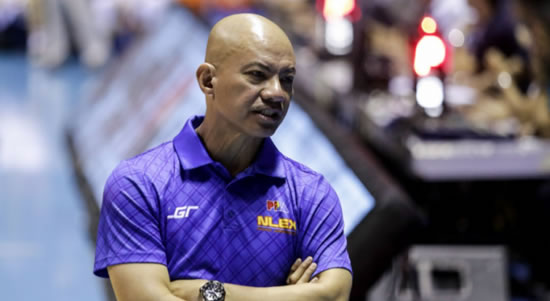 See the lineup below.

Originally, the lineup was composed of 7 or 8 players from Rain or Shine Elasto Painters, + 3 Gilas cadets namely Kobe Paras, Ricci Rivero, and Abu Tratter + Jordan Clarkson. The 7 or 8 players from ROS are maybe because they are not sure of Clarkson's availability for the Asian Games. Maybe, they will only pick 7 if Clarkson made it and 8 if not.

Coach Yeng Guiao will be the coach of the said team and he also wanted to have his former ROS player Jeff Chan, and 2 of his current NLEX Road Warriors players namely, JR Quinahan and Asi Taulava in the team. A concrete list will be the following:

PBA is also willing to lend players except the players who are currently playing in the 2018 PBA Commissioner's Cup Finals.

However, SBP decided not to send a Philippine basketball team anymore in the 2018 Asian Games. See the official statement below. 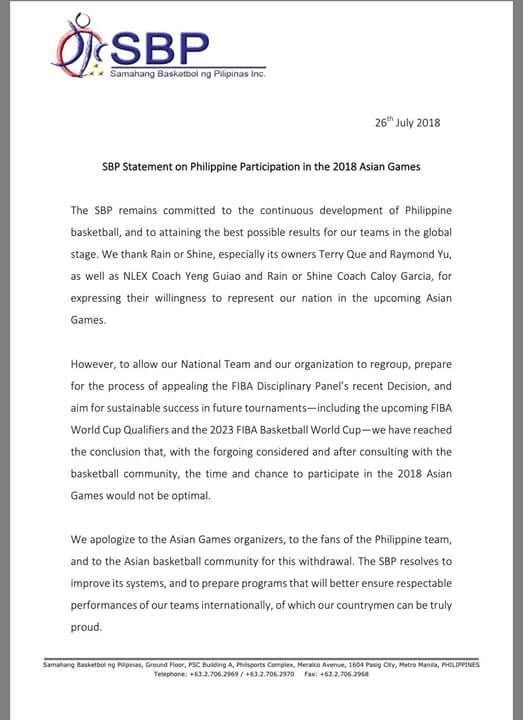