List of Gilas Players Ejected during their match vs Australia

By Admin at July 02, 2018
Here is the list of the 9 Gilas players ejected during their intense match against the Australian basketball team in the FIBA World Cup Asian Qualifiers 2019. 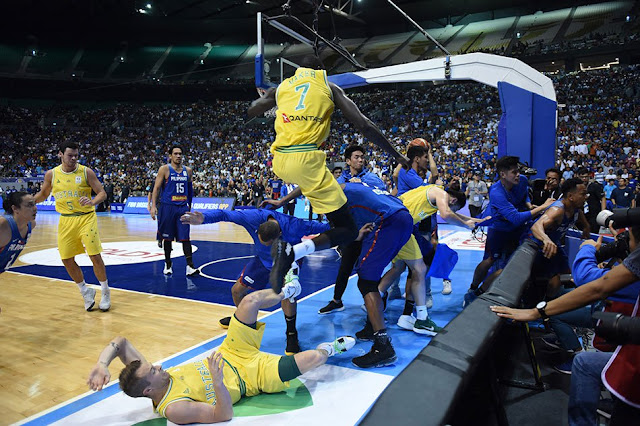 The continuous trash talking of Aussie player named Chris Goulding in every Gilas player who were taking free throws since the beginning of the 2nd quarter ignite the fight that led to the ejection of 13 players (4 from Australia). See the list below.

List of Gilas Players Ejected during their match vs Australia

Only June Mar Fajardo, Gabe Norwood and Baser were left fighting in the remaining minutes of the 3rd quarter. Fajardo then intentionally just fouled out himself as well as Norwood. When Amer was the only one left the officials ended the match.