By Admin at July 18, 2018
Here is the list of the leading MVP candidates for the 2018 PBA season. June Mar Fajardo already passed Vic Manuel in the BPC race for this 2018 PBA Commissioner's Cup. And if SMB will going to eliminate Alaska in their best-of-5 series, then Fajardo will surely going to get his 7th BPC award which is another PBA record. 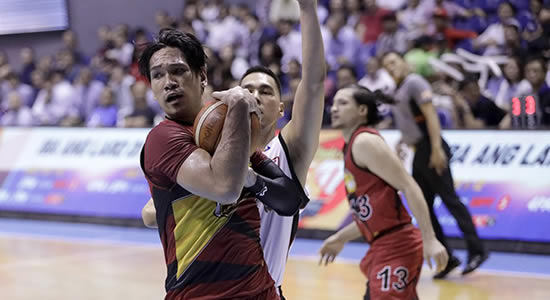 On the other hand, Fajardo also leads the race for the Most Valuable Player or MVP award as of now (July 19, 2018) as released officially by PBA. The ranking was based on players' average statistical points (SP) made during the Philippine Cup, Commissioner's Cup, and lastly the Governors' Cup.

Statistics will make up 40 percent of the tabulation for the end-of-season awards, to be handed out at the 2018 Leo Awards. Thirty percent comes from media votes, 25 percent from votes by players, and five  percent from the PBA Commissioner’s Office. via spin.ph