Video Playlist: Why Fajardo slammed the ball during Game 2 against Alaska

By Admin at July 17, 2018
Here is the video showing the put back made by June Mar Fajardo during their game against Alaska Aces (Game 2) on July 16, 2018 of the PBA Commissioner's Cup semifinal best-of-5 series. 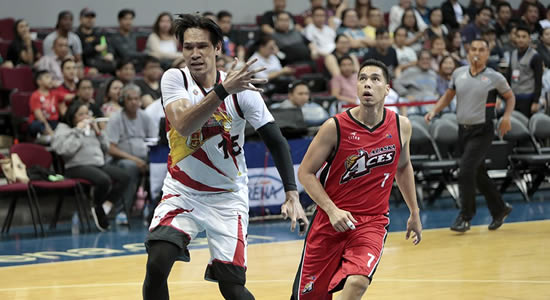 The Beermen continue to struggle during the first half of play but dominated the 2nd half and won the game against the Aces.

The uncharacteristic outburst of the gentle giant Fajardo happened during the early moments of the 2nd quarter wherein the Beermen was trailing. Watch the video below and you can surely say why he slammed that ball.

Video Playlist: Why Fajardo slammed the ball during Game 2 against Alaska


As you can see on the video above, after getting the offensive rebound Fajardo faked his shot against Baclao of Alaska and Baclao got in the air and bumped him (that's clearly a foul) and he took the shoot. Maybe Fajardo wanted a foul to be called. But instead of going to the refs he took the frustration of not getting the call into himself by slamming the ball. The bad news is, he got T'd up.