By Admin at August 05, 2018
According to Commissioner Willie Marcial, he is well aware in the news circulating the social media that the PBA Finals between the San Miguel Beermen and the Barangay Ginebra San Miguel was labelled as "scripted", and prearranged to reach Game 7. 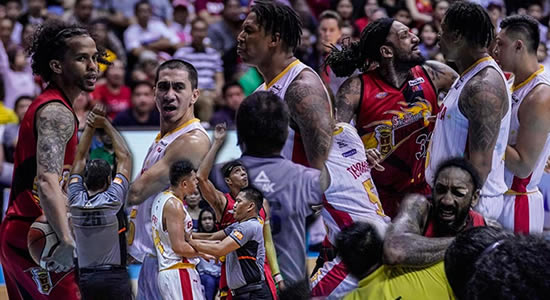 See the official statement below of Marcial.

Marcial stated that whichever team has the good shooting and started to lead big first will win each game as seen on the previous four matches. See official statement below:


And if the series is really scripted, what about the heat happening inside the court? Also scripted? For this issue Marcial just answered that the players have to keep their cool. See his words below:


"I just reminded them to keep their cool," (regarding the shoving incedent between Devance and Balkman during Game 4).