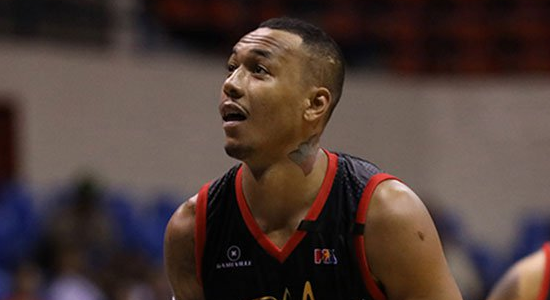 See official statements from the Games and Amusements Board (GAB) below coming from their chairman Baham Mitra:

“It’s not very good for a professional athlete to clothesline a player, much more an import,” said Mitra.

“Aside from doon sa violation niya sa team niya, meron ding violations against GAB based on he was not able to get a permission from GAB before playing in any league outside the professional league. ‘Yun ang tinitignan ng board kung paano magiging sanction namin sa kanya,” said Garcia.