By Admin at July 14, 2019
Here are the possible scenarios that might happen in the quarterfinals of the 2019 PBA Commissioner's Cup between the three sister teams namely, San Miguel Beermen, Barangay Ginebra San Miguel, and the Magnolia Hotshots Pambansang Manok. See scenarios below. 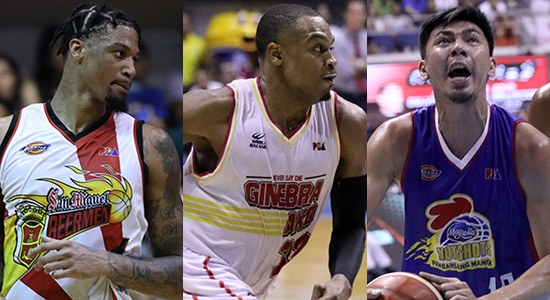 IF Ginebra wins against Columbian, Blackwater wins over Alaska, Magnolia loses over TNT, and San Miguel wins its final two games. This is what will happen:

Therefore, it will be Ginebra vs SMB in the quarterfinals!

So how can a Manila Clasico quarterfinals happen? First, Magnolia has to hurdle TNT in its final game. A victory by Blackwater, a win by Ginebra, and two San Miguel victories will set the stage for a Magnolia-Ginebra quarters.

Even a loss by Ginebra will lead to a Final Eight playoff between the two rivals.