SCENARIOS: Alaska, Phoenix, Meralco who will get the 8th spot?

By Admin at July 16, 2019
PBA elimination round is very short and if your team will not win that much, the chances are, your team will end up eliminated or battling just to get that final ticket to make it to the playoffs. And after getting that last spot, the team will then face the number 1 seeded team with a twice-to-win disadvantage. For a coach, that's better compared to not even having a chance to play and make an early exit in the tournament. And that's the position the Alaska Aces, Meralco Bolts, and the Phoenix Pulse Fuel Masters is facing right now in the 2019 PBA Commissioner's Cup. 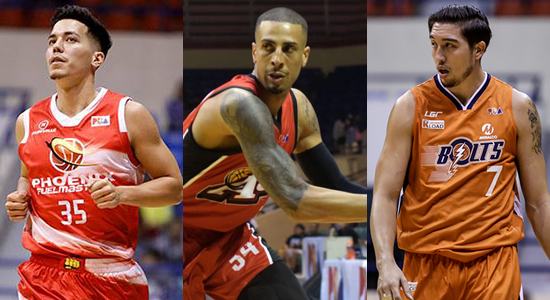 As of now, there are two teams who are in the 8th position, they are Alaska Aces and Phoenix Pulse Fuel Masters. They both have the win-loss record of 4-7. While Meralco is in 10th place with 3-7.

Meralco's last game will be against the San Miguel Beermen. The scenarios will be:

The Aces and the Fuel Masters will battle it out for the eighth and final quarterfinal spot through a playoff match.