WATCH: Who is the better flopper, Chris Ross or Nico Elorde?

By Admin at July 23, 2019
The videos below are collected from the match between the San Miguel Beermen and NorthPort Batang Pier held last July 21, 2019. The Beermen survived the Game 1 and live to fight another day against the Batang Pier. 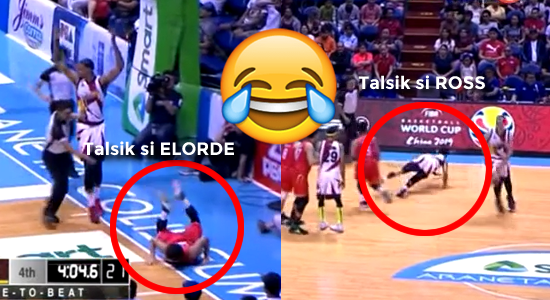 But, during that playoff match so many tussles happened and most of the incident involved Nico Elorde of NorthPort.

The first video below is the Elorde-McCullough Tussle. Did SMB import push Elorde that hard that made him almost kissed the floor of the PBA, or he just flopped? Watch the video.

This second video also involves Elorde, but this time, Chris Ross got the better of him and made the refs called for a personal foul against him. Watch the Ross-Elorde Tussle video below.