By Admin at June 29, 2018
Here is the list of passers for the June 2018 Criminologists Licensure Examination conducted by PRC on June 10, 11, and 12 in testing centers in Manila, All Regional Offices, and Zamboanga. 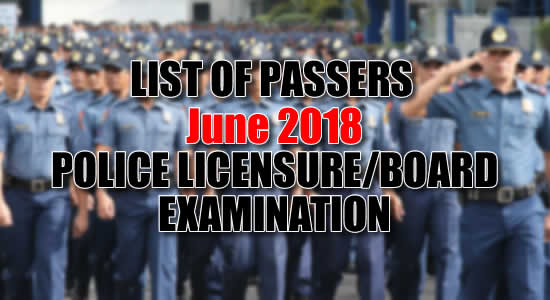 The examination subjects for Police Board Exam are the following:

General Instructions and Filling-out of Forms


Now, going back to the history of the CLE or Criminologists Licensure Exam (for the past 2 years), the following stats were gathered: