By Admin at June 25, 2018
Here is the list of the 15-man Gilas Pilipinas pool that already arrived in Taiwan for their first game against the Chinese Taipei this coming July 29 at Taipei Heping Basketball Gymnasium. We already defeated these guys during the 2nd window of the Asian Qualifiers FIBA World Cup China 2019. And want to make it two in a row. 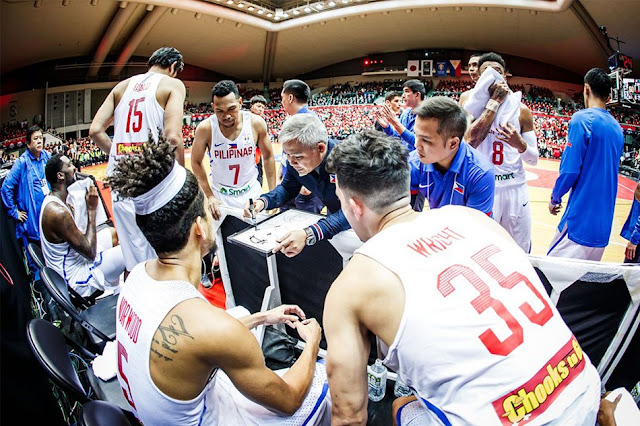 The only different now is Chinese Taipei will be having the home court advantage which will inspire them to play harder and play smarter. But Filipino fans all over the world especially Filipinos there in Taiwan will definitely make the away game for our Gilas feels like home in the land of the the Taiwanese.


For this particular pool of 15 men, there is a new name, he is the 22-year old Fil-Am Troy Rike. See the complete list of Gilas Pilipinas pool below.

Summarizing the pool, there are 4 players coming from TNT, 2 from Alaska, 1 each from Meralco, SMB, Ginebra, Blackwater, ROS, Phoenix, and Magnolia. The other two is naturalized player Andray Blatche, and Gilas cadet Troy Rike.

The question is, who will make it to the final 12, and make it to the official lineup of the Gilas Pilipinas that will be battling Chinese Taipei this coming June 29, 2018?