By Admin at June 17, 2018
The fight last June 16, 2018 between the defending champions San Miguel Beermen and the TNT Katropa get a little messy after four players (2 from each team) got ejected. 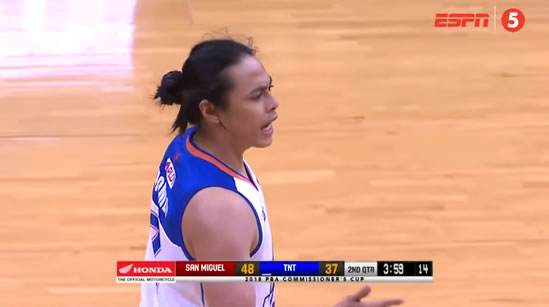 First was the commotion between Marcio Lasster of SMB against TNT's guard Terrence Romeo. The second was the tussle between Arwind Santos of SMB versus Anthony Semerad of TNT.

Four technical fouls were given to Lassiter and Romeo (2 each) that merited their ejection, while both Santos and Semered were issued by Flagrant Foul Penalty 2 that led to their ejection.

See the video playlist below courtesy of Sports5.