By Admin at July 03, 2018
Here are list of events that maybe led to the Gilas versus Boomers basketball brawl. Some commented that the event was disgraceful, other said that it was good. Yeah, mixed reactions all around the world. 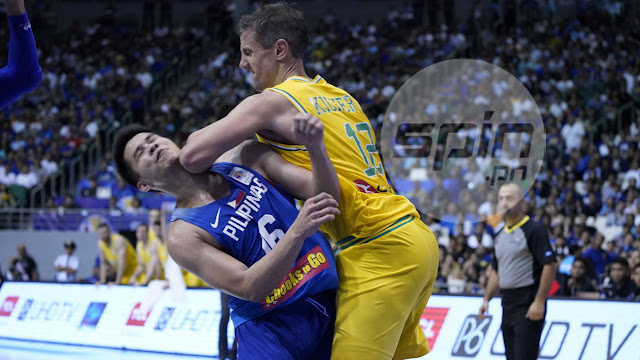 The Gilas Pilipinas and Australia FIBA World Cup Asian qualifiers match trended online and many were shocked to what happened.

3. Now, during the match Chris Goulding just trash talks to every Gilas players who are taking free throws. When the time RR Pogoy was sent inside the court, this young kid will not back down against Goulding and both of these men got technical fouls.


4. During the latter part of 3rd quarter wherein Australia was already blowing the game open against Gilas, RR Pogoy made an offensive foul against Goulding and he dropped on the floor, but this Kickert guy just went to Pogoy and he decked him using an armbar. And that's where the brawl started.

Sources:
Aussies anger PH hosts for ripping off court stickers
Chot: 'You have to be in our circle to understand what went down'