LOOK: 6 Other People Involved in the Brawl of Gilas and Aussies

By Admin at July 03, 2018
Here is the list of 6 other people who got involved in the fracas happened yesterday in the match of Gilas Pilipinas against the Australian team. 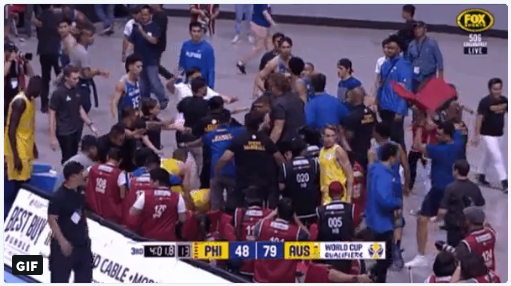 Some of them were caught in the camera punching and throwing chair against some Australian players. One of them was not literally involved, he just took a team selfie. See the list below for more details.


LOOK: 5 Other People Involved in the Brawl of Gilas and Aussies

Peter Aguilar is the father of Japeth Aguilar who is part of the Gilas Pilipinas team and also a Barangay Ginebra San Miguel player in the PBA. He was caught on-cam throwing a chair on Nathan Sobey (#2). Watch the video below. 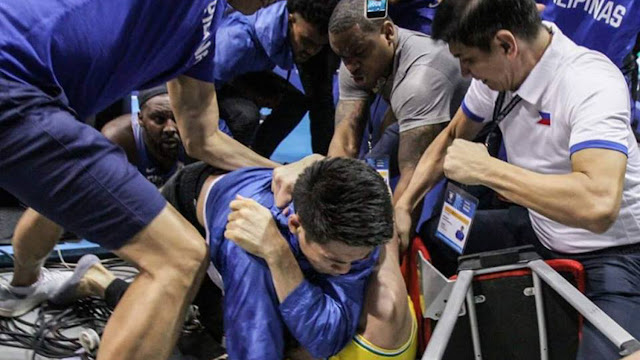 3. Jio Jalalon. He is out of the lineup for Gilas Pilipinas against Australia. He is also a reserve Gilas player. See the photo below when he punched Nathan Sobey (#2) in the face. 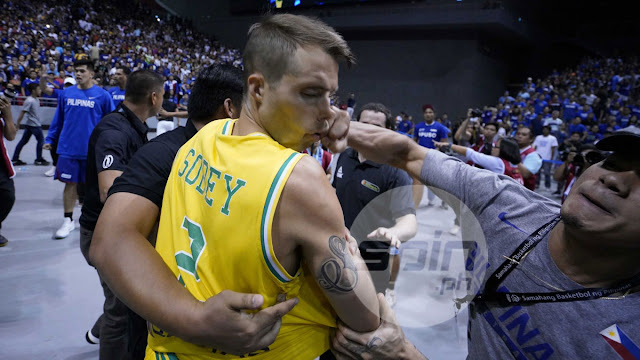 4. Troy Rike. He is also a reserve Gilas player during that night. But he insisted that he is not there to instigate the situation but to pacify it. See the image below. 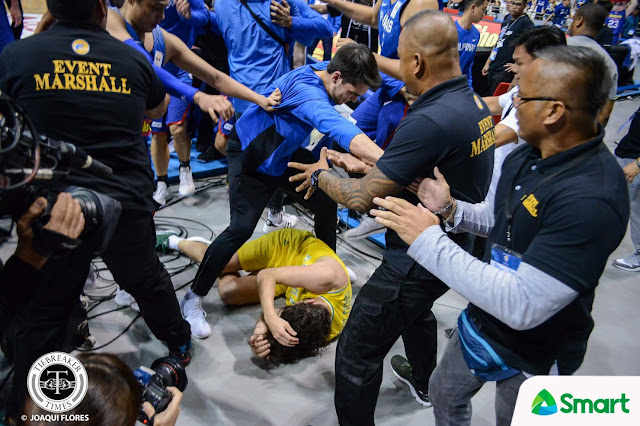 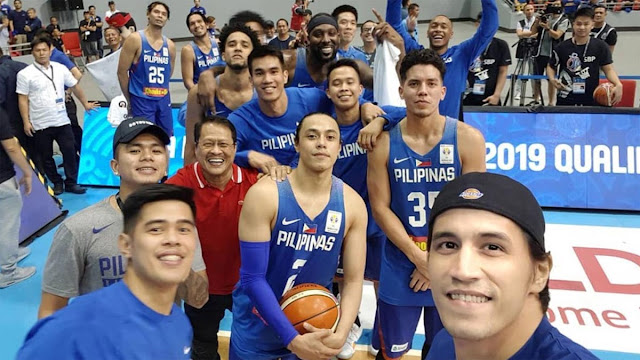 Sources:
Gilas cadet was in middle of fracas all right, but as peacemaker
Troy Rike clarifies he was just trying to protect Chris Goulding during brawl
Aguilar dad stands accused as Aussies rue chair-throwing incident
Nine Gilas players ejected as brawl mars loss by default to Aussies
Coach Uichico apologizes, admits it was wrong to get involved in brawl
Coach Uichico accused of taking part in Gilas-Australia fracas
Pingris says he meant no disrespect with post-fight Gilas selfie