By Admin at July 05, 2018
Our Gilas Pilipinas players are expected to receive sanctions or punishments from the FIBA Disciplinary Panel. But the worst is, even SBP or the Samahang Basketball ng Pilipinas might also get some punishments for the brawl happened between our Gilas Pilipinas and Australia match last July 2, 2018 at the Philippine Arena in Bulacan. 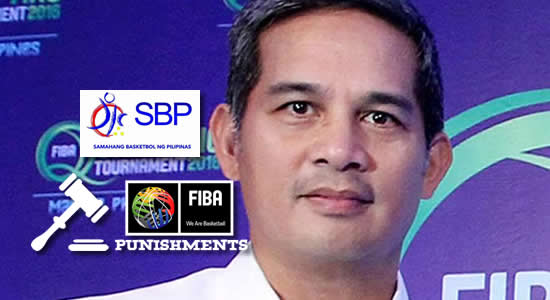 Under FIBA Internal Regulations, Book 1, Paragraph 149, the responsibility for ensuring the proper behavior of the public lies with the hosting national member federation. That’s SBP. So, when the crowd engages in unsportsmanlike behavior towards players and coaches, it’s our very own SBP that will be sanctioned.


Unsportsmanlike behavior by the public include:

If the game is interrupted, then it’ll be considered an aggravating circumstance that’ll increase the penalty on the host.


The sanctions FIBA can slap on the SBP are pretty scary. Some of the sanctions are the following:

1. Full or partial venue closure (which may affect future games in the Philippines),
2. Playing of a game in a different city or country,
3. Prohibition on registering new players (which may affect the Gilas roster, considering the suspensions that’ll come up),
4. Disqualification from a competition in progress and/or exclusion from future competitions (which is huge, especially if SBP is disqualified from the World Cup Qualifications and even the World Cup).