By Admin at July 28, 2018
This article was inspired by an article of FOX Sports PH. Many fans had asked, where is Calvin Abueva? 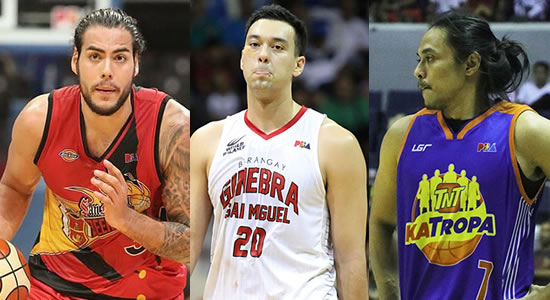 We all knew that Alaska suspended him. But still, he was not even used during their quarterfinal best-of-5 series against San Miguel Beermen. Abueva would have been a game changer.

Because of not seeing Calvin Abueva playing for the Aces, many fans predicted that he is going to be traded and here are the trade rumors.

Calvin Abueva for Christian Standhardinger
This particular trade rumor was already circulating the social media before. Wherein some SMB fans observed that Nabong was more often used over Standhardinger.


Calvin Abueva for Terrence Romeo
Terrence Romeo's first conference with the TNT Katropa was not impressive at all. He was thrown out one time, got so many technical fouls, and so many engagements against the other players. Rumors said that Abueva will be a better tandem for Castro.


Calvin Abueva for Greg Slaughter
Because of Greg Slaughters' prone injury career with Ginebra rumors said he might end up with Alaska. Aces really needed a young center to replace Thoss. Ginebra already have a good center which is Japeth Aguilar.