By Admin at August 08, 2018
Here are the eleven championships won by the Barangay Ginebra San Miguel franchise in the PBA history as of year 2018 wherein they won the PBA Commissioner's Cup. 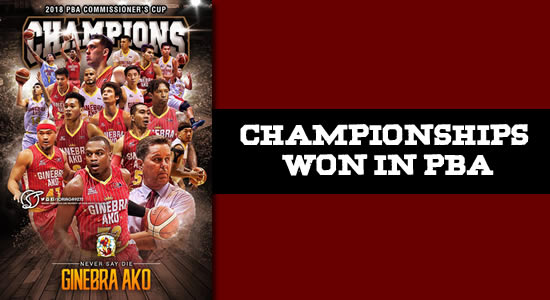 They are now the 5th team with the most number of won championships in the PBA. Please refer to the list below for more details.