By Admin at August 08, 2018
Here are the Finals MVP Awards of the Barangay Ginebra San Miguel franchise during their entire PBA career. 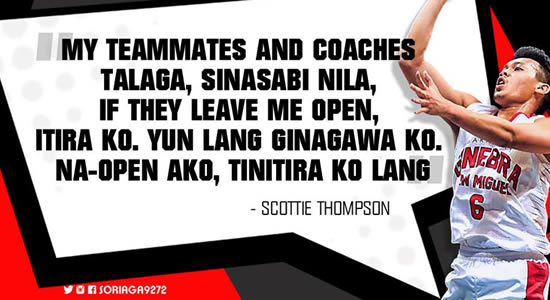 The latest addition to the list is Scottie Thompson. Please refer to the list below for more details.