By Admin at August 05, 2018
Here is the 14-man Gilas Pilipinas pool for the 2018 Asian Games that will be held in Indonesia. The pool was announced last August 5, 2018 by Coach Yeng Guiao who will be the official head coach of the team. Coach Caloy Garcia will be his assistant. 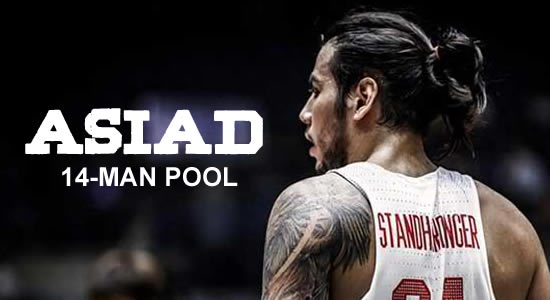 The official lineup will be announced later because 12 players are only needed to play for 2018 Asiad.