By Admin at August 02, 2018
Many fans suggested that why not send the San Miguel Beermen team in the 2018 Asian Games to represent our country? 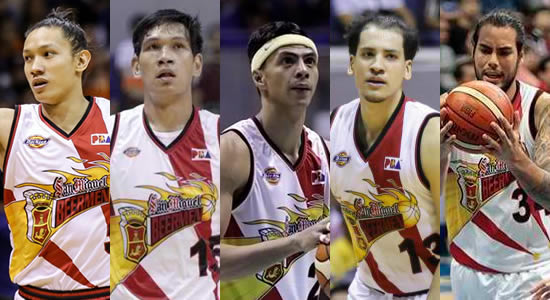 They are the 4-time Philippine Cup champions, and the most dominant PBA team today. The chemistry was already there, and they knew each other very well, that is why they are really dominating the PBA today.

Arwind Santos really agreed with the idea about sending SMB to Asiad:


According to Santos, that will be a great challenge for grand slam seeking SMB:


Santos also added that SMB can compete in Asiad:

Alex Cabagnot also agreed to play for the flag:


“I would love to see us play, and I know naman na most of the guys, we’d like to compete,” chimed in Cabagnot, who isn’t against the idea at all.


Cabagnot also added that if ever, they will not only represent the country but also for sportsmanship aspects.


According to coach Leo Austria, SMB is good enough to represent the country in Asiad:


Austria also added that San Miguel is always ready to support any sports in the Philippines:


“San Miguel naman is always all-out to support any sport in the Philippines.”


As a coach, Austria frankly said that his team also needed additional force to really compete:


“We cannot assure na we will win the gold. I’m sure well be competitive if we’ll be given a chance to beef up the team,” he said.


Source:
Why not San Miguel flying the flag in Asiad? Yes, why not?