By Admin at July 08, 2019
After exploding for 47 points during his debut game for the San Miguel Beermen in the PBA, Chris McCullough later tweeted on his account that a coach called him a b***h during their game against the NLEX Road Warriors. 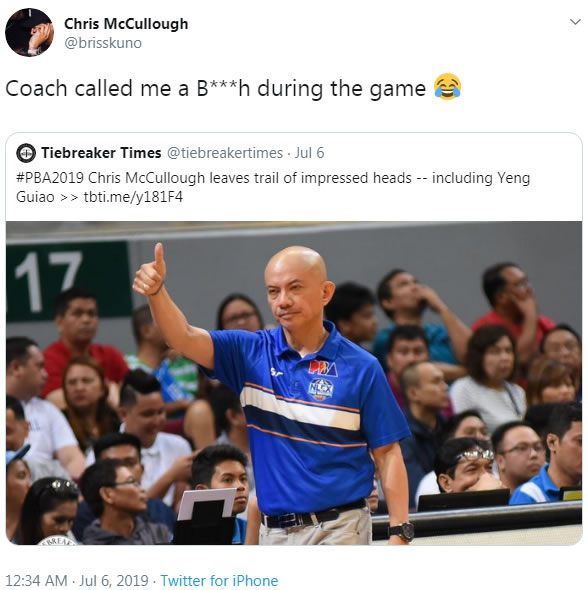 Contrary to that, Yeng Guiao had good words for him after the game, saying that:

“San Miguel made a good decision to replace their import with somebody who can space the floor and give June Mar Fajardo some more room to operate.”