The King James Version (KJV), also known as the King James Bible (KJB) or simply the Authorized Version (AV), is an English translation of the Christian Bible for the Church of England, was commissioned in 1603 and completed as well as published in 1611 under the sponsorship of James VI and I. 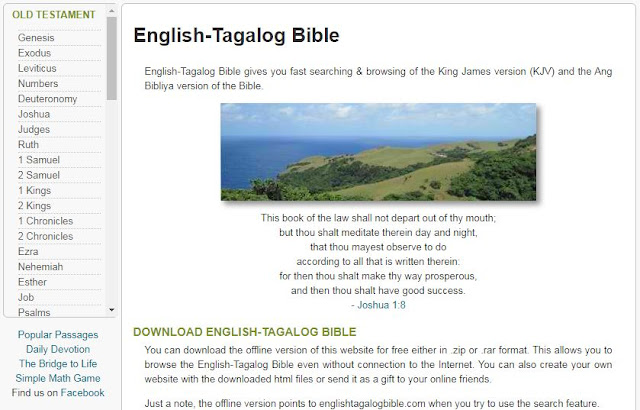 King James did not rewrite the Bible. James I commissioned a new translation of the Bible which was completed in 1611. James himself was not involved, the translation was done by 47 church of England scholars. It was probably not even called the King James Bible for around a century after its completion.

Is King James Version Bible the most accurate translation of the Bible? [ source ]

The New American Standard Bible (NASB) was first published in 1963, with the most recent edition published in 1995. It holds the reputation for being the “most accurate” Bible translation in English. It is a literal translation which holds to the word-for-word school of thought mentioned above.

The NASB also uses the critical text from Nestle-Aland’s Novum Testamentum Graece and as well as the Dead Sea Scrolls.

Now here is the free download of the King James Version Bible that you can use offline using your laptop or desktop pc. The search engine of will not work offline but online only.