By Admin at July 01, 2018
After demolishing the Chinese Taipei team in their home turf, our Gilas Pilipinas is looking for a revenge against the Australian team in the FIBA World Cup Asian Qualifiers 2019 bound to China. 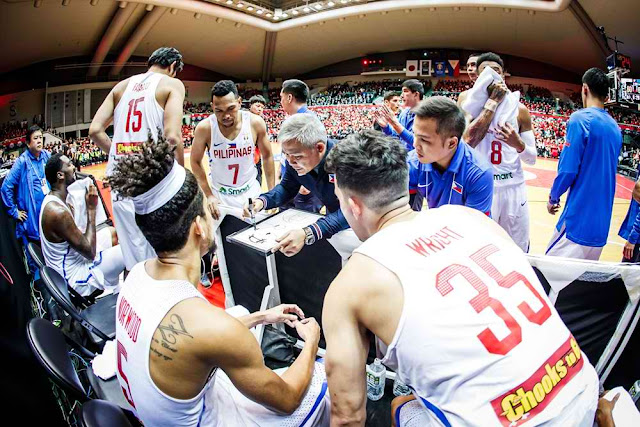 The first time that our Gilas Pilipinas met the Aussies was a devastating one, as they were totally defeated by the Australians, 84 to 68. But, just recently, the Japanese just pulled out a big win against this squad. It only means that Australia is beatable even though they are a powerhouse them because their main guns are all dedicated to their NBA teams as of now. Though Matthew Dellavedova and Thon Maker were already in the lineup, there is a certain issue in the chemistry even though their coach Andrej Lemanis denied it.

Hopefully our Gilas will be able to win this one and give them a big morale boost entering the 2ND round of the Asian Qualifiers this coming September 2018. A win will make our team the #1 seeded team entering the 4th window. Now see the lineup below for our Gilas Pilipinas against Australia.

Jio Jalalon and Allein Maliksi are now just reserves, while Troy Rike remained as reserve from the start.